BatiPlus Company has acquired the orders from ORBIS S.A. to fulfil the investor’s supervision during modernization of the rooms in the hotel called Ibis Budget Warszawa Centrum in Warsaw. 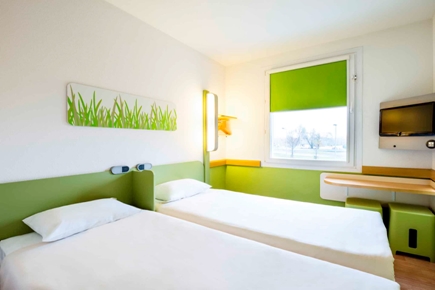 Purpose of works is modernization of all the rooms in the facility before the summer season of 2018.

Upon modernization commencement, team of engineers from BatiPlus Company together with the representatives of the Investor and Contractor of works, focus on such organization of works, so they would not interfere with hotel operation and would not disturb the guests of the facility.

Ibis Budget Warszawa Centrum Hotel is located by the bank of Wisła river, not far away from Polish National Stadium, just within distance of 15 minute walk. Location of this economic hotel guarantees easy access to the city centre.

This investment is an element of hotel modernization program realized by Orbis S.A., in which BatiPlus Company takes active part as the technical advisor in the facilities all over Poland.